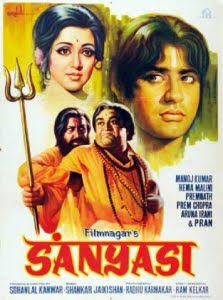 Renukadevi is widowed and the mother of a son named Ram. Her husband had indulged in all possible vices, and passed away unexpectedly. Her father-in-law, Rai, does not want Ram to repeat his father’s mistakes, and teaches him all the positive values of the Hindu religion, in particular the contents of the Holy Book “Geeta”. As a result, Ram refrains from all known vices, is an expert in yogic exercises, decides to live the life of a celibate, and refuses to marry anyone. When Rai passes away, Renuka asks Ram to fulfill his grandfather’s last wishes, one of which was to get married. She even arranges his introduction to Aarti, an attractive young woman. But Ram is convinced that marriage is not for him.