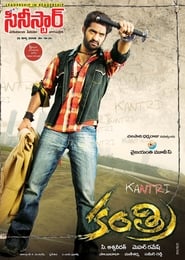 Kantri is a 2008 film starring Jr. NTR, Hansika Motwani, Tanisha Mukherjee, and Prakash Raj. The film is directed by Meher Ramesh, who is a protege of Puri Jagannadh. The movie is produced by the prestigious Vyjayanthi Movies banner, being produced by C. Ashwini Dutt. The film was released on 9 May 2008 and was declared box office hit.

Mowgli: Legend of the Jungle